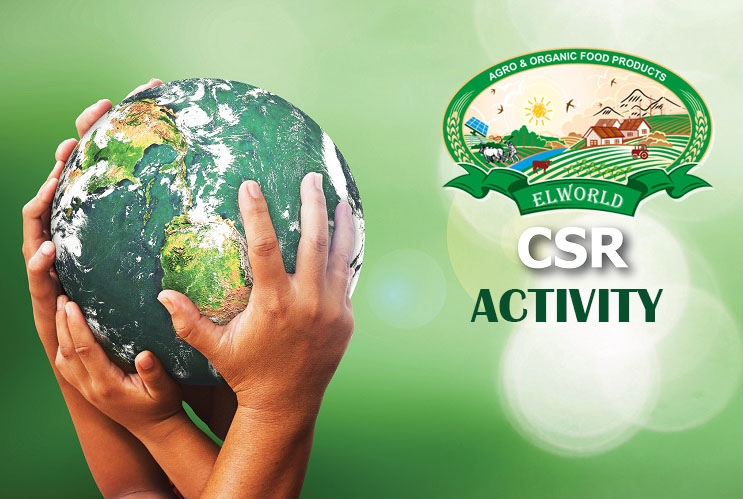 Elworld Organic is committed to sustainable development, where business goes hand in hand with societal wellbeing and environmental consciousness.

So we actively contribute to the wellbeing of our society, and our initiatives extend across the environment, health, education, sustainable livelihood, and other social causes.

The main philosophy of Organic Farming are based on care and respect for society and our environment. Nothing is taken from the Earth without giving something back! Every day we strive hard to make our Mother Earth a better place to Live. We strive to ensure that everyone in the supply chain is healthy and safe, that our production is sustainable, and wherever possible, we contribute towards the conservation and restoration of biodiversity.

Elworld Organic will continue to consistently act as a good corporate citizen and we sincerely believe in creating a positive impact on communities through our contributions via CSR.

Primarily the CSR thrust areas for Elworld Organic has centered around:

This NGO is home for nearly 450 abandoned Senior Citizens and disabled people. They provide all the basic facilities including dormitory accommodation, hygienically prepared meals, medical facilities and day to day needs are completely free of charge.

We at Elworld Organic are lucky by the grace of Almighty God that we are able to serve these Senior Citizens with Organic Food and help them to have Fresh and Pure food items for their Healthy living.

Cyclone Fani, one of the most severe storms hits the Odisha region in May, 2019. More than one million people suffered mainly in Puri and Bhubhneshwar regions of Odisha.

SN Dwivedi, Chairman & Managing Director of the Elcomponics, which has worldwide presence rushed to Pipili in Puri, one of the worst affected zones to help out the villagers in the Eastern Coast.

Mr. Dwivedi along with Elgrow Director Mrs. Manjulata Dwivedi reached at the door steps of the FANI victims and distributed Solar LED lanterns among the villagers. People were very happy to receive the Lanterns as there was no supply in the villages since 03rd May.

El Group, which is committed to bring in positive changes and take responsibility of the society has proved its mettle by coming to the rescue of the Super Storm Victims.

These Solar LED Lanterns of export quality were grabbed by the Villagers and they expressed their satisfaction. Being an Entrepreneur with Global vision Mr. Dwivedi has genuine concern for society.

Mr. Dwivedi and his wife expressed concern for the people, who are facing natural disasters consecutively.

Mr. Dwivedi decided that he will encourage meritorious children, for his mission he discussed with Einstein Public School, Pratapgarh and expressed his views.

Einstein Public School, Pratapgarh conducted Scholarship tests at District level in Pratapgarh for 10th and 8th students in the month of April 2019. Approximately 400 students from 16 schools appeared in the exams. On the basis of performance in the examination 21 students have been selected. Top 10 students of 10th standard are awarded scholarship of Rs 1000 per month for two years and top 11 students of 8th standard were awarded Rs 500 per month scholarship for e period of two years.

The purpose of rewarding meritorious students is to help them financially and also to encourage them to work harder and do better in life. The young students must learn that hard work pays in life.

When Mr. Dwivedi started Elcomponics Group, he always had a mission to make Environment Sustainable.

He makes this mission as responsible interaction with the environment to avoid depletion or degradation of natural resources and allow for long-term environmental quality.

To take this on bigger stage and create awareness amongst public, Mr. Dwivedi take help of Hunar Foundation.

Hunar Foundation train underprivileged women in handicraft, groom them with soft skills, support them for their education and aim to make them independent and self-sustainable. These women are keen and fast learners and extremely hard working. Their organic, natural and eco-friendly handcrafted products have both (intricate) beauty and (practical) utility. In order to provide them regular earnings, we are looking for corporate orders and tying up with companies and educational institutions to engage these women and to give them exposure under our various initiatives.

Elgrow Foundation distributed these handbags to various RWA societies across Delhi NCR. This is a successful step of Mr. Dwivedi and Elcomponics Group to make a Plastic Free Environment.

Once Managing Director of Elcomponics Group Mr. SN Dwivedi said, “Improving the health and well-being of our employees…offers a ”win-win” all around. Employees benefit from better support for their health. Companies benefit from less absence and improved productivity. And society benefits from improved public health.”

Every employee across all ventures of Elcomponics Group is enrolled with Medical Insurance. 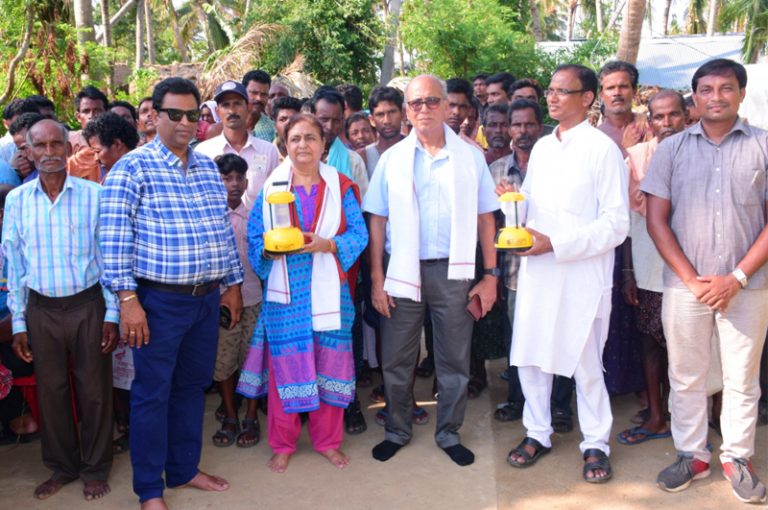